Sunday morning we woke up.  I let the kids swim one more time before packing up.  I have to say this hotel had the warmest indoor pool room.  It was so nice and toasty in pool area I could've hung out there ALL day.  It was great because the kids didn't get cold. 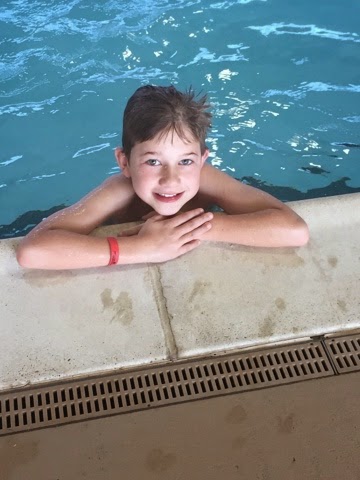 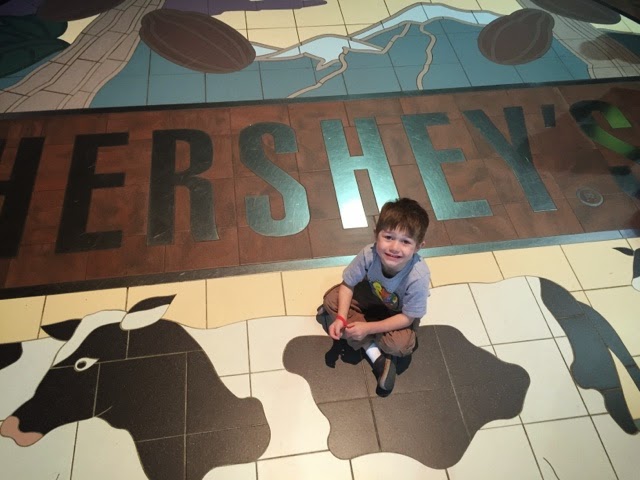 It was a long drive (seemed so much longer going home.  Shannon and I got ahead of the group and pulled over for this quick scenic pic.  We always have so much fun on our road trips.  I can't wait til the next one. 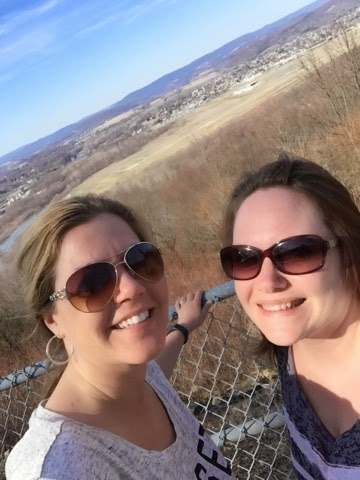 This race doesn't have the glitz and excitement of a Disney run.  But it's really a great little one that has many Disney elements at a fraction of the cost.  A great way to get us through the last cold months of winter, counting down to this trip.  I hope to do again next year.
Posted by Unknown at 6:10 PM No comments:

After the race we went back to hotel, showered and headed to the park.  The wind was a bit chilly luckily my cousin shared her northface with me.  Thank you Shannon.  It truly was a wonderful time.  We hung out with friends that did race with us.  And got to feel like kids again braving the huge wooden roller coasters.  You forget how exhilarating they are and what a rush it is. 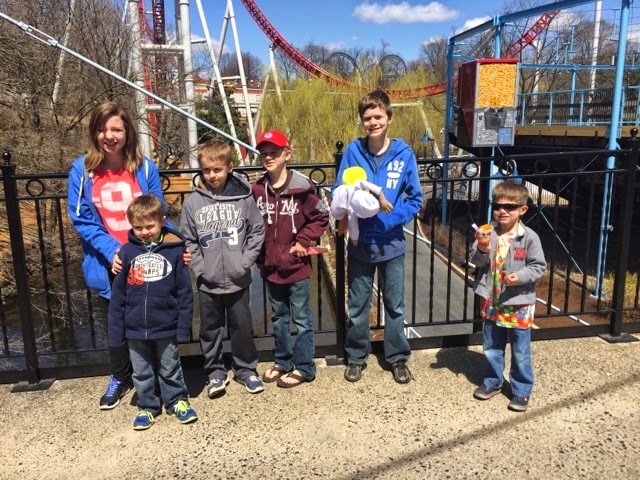 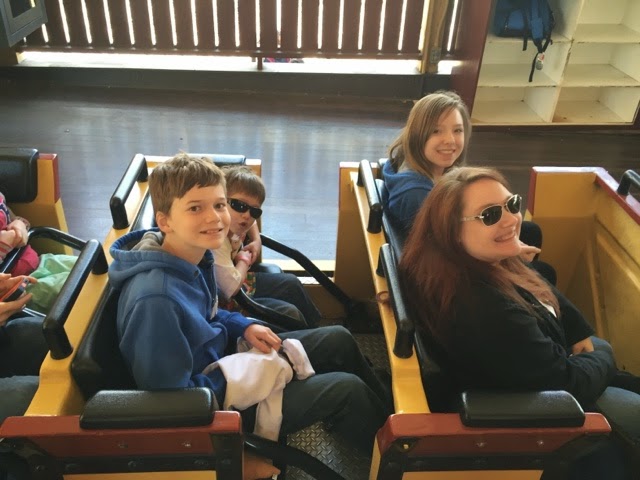 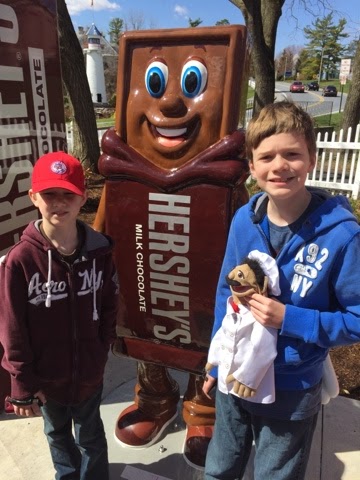 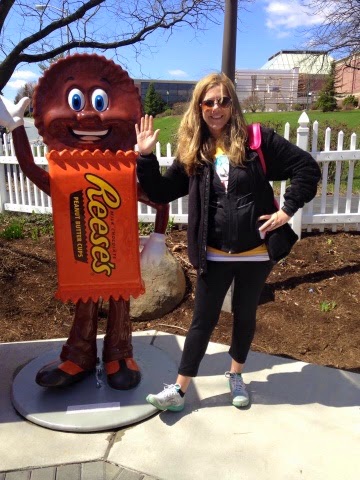 After a long day at the park we went back to hotel let the kiddos swim a bit and headed to bed.
Posted by Unknown at 6:04 PM No comments:

We woke up bright and early for the race and it was a chilly VERY windy morning.  We headed to Hershey and met up with some friends Prerace.  Quite different than the Disney races I've done. There's no corrals, fireworks and the start is somewhat anticlimactic.  They did have profession photographers taking pics of runners before it began. 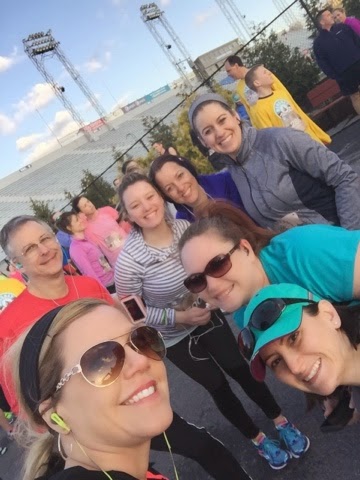 Of course what would a race for me be with no selfies and some internet friends I've made which met up with us Prerace
The race began and we were against the wind so it was a tough start. This was probably the least prepared I've ever been for a race but luckily I ended up running with my friend Miranda, (internet friend I met Friday Disney Facebook group) and we chatted the whole way making it seem easier.
I like how they save running through the park til the very end. Gives you something to look forward to.  Though the park is extremely hilly.  We ran most of the way but did walk up the steep hills in the park. 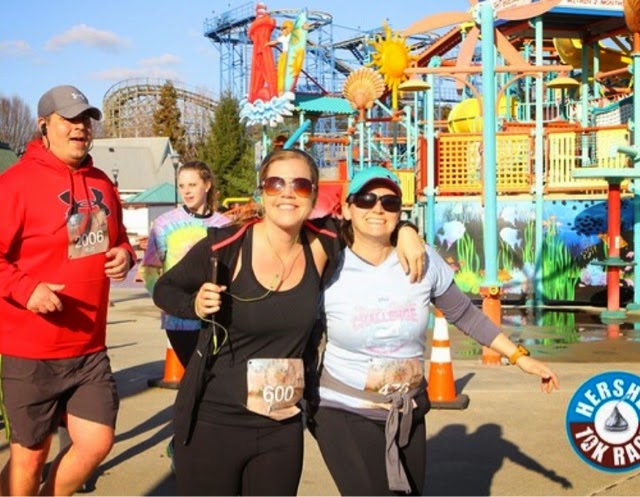 We made it to the finish and met up with my neighbor/friend Christa and her sister and niece.  They did a great job.  Christa had the best time of us all with just under 1:07:00.  We waiting and cheered for my cousin Shannon as she finished shortly after is all. 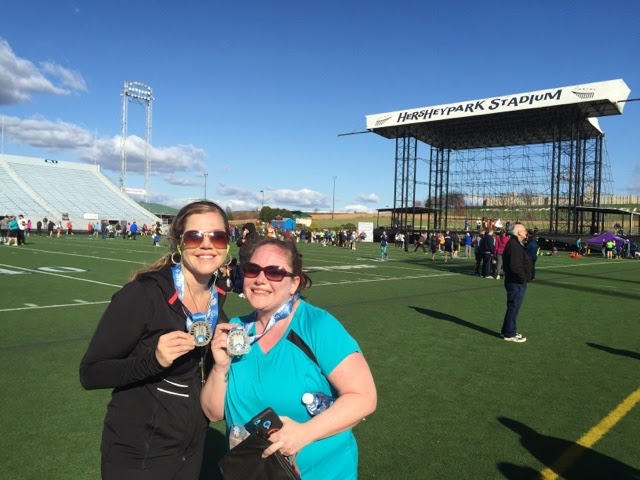 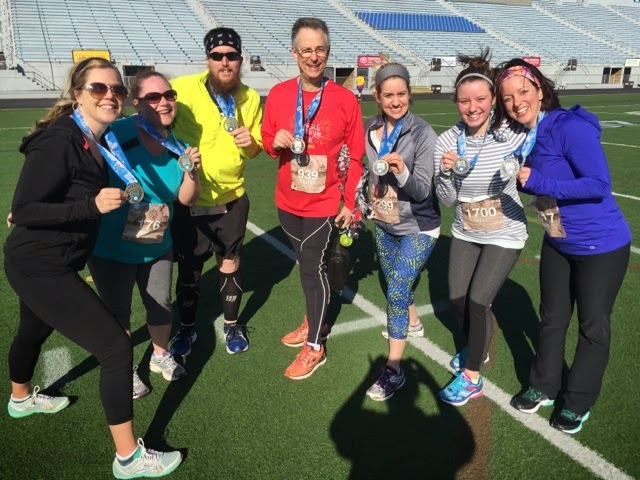 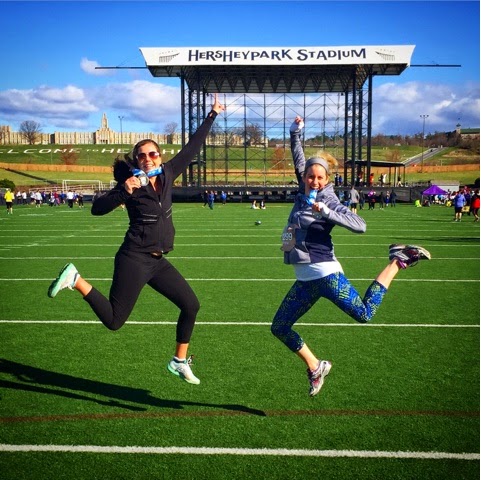 Posted by Unknown at 5:51 PM No comments:

This was my third year running the Hershey 10k, at Hershey Park Pennsylvania.  This is a great race and fun for the whole family on a much smaller budget than a Disney Race.
The 10k is usually in early April during Spingtime in the Park.  Springtime in the park means prices are much cheaper to get into park than they are during the summer.  Adults were 31 and kids 8 and under were around 24.  There was also a 3.00 off coupon in packet making it cheaper.
The first year I did the race my immediate family took the 6 hour road trip.   Last year I "recruited" my neighbor and her family.  This year we expanded and included my cousin, and my neighbors sister and niece.  Yay!!! The more the merrier! 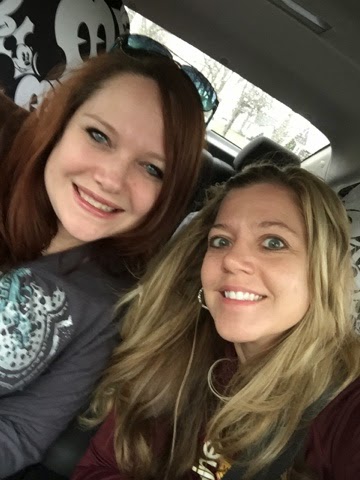 What I love about this weekend getaway besides the race and rollercoasters is its relatively inexpensive and feels like a mini vacation.
We booked our rooms using Priceline in Harrisburg. Since we're not too picky we went for a 2 1/2 star.  It's always a little exciting yet nerve wracking waiting to see which hotel Priceline picks for us. But when you're spending 50.00 a night you are happy with something clean and safe.  Anything extra is a bonus!!!
We ended up at the Park Inn by Radisson.  Kids were excited because it had an indoor pool so we were happy and looking forward to that.
After the long drive my cousin Shannon and I rushed to Hershey to get our pickup packets. This was quite easy and we could've done it easily the morning of race.  I also could've had my friend that picked her packet up earlier get ours.  They were very flexible about that.  Something rundisney is NOT flexible with.
We got back to hotel and hung by the pool while the kids swam.  The hotel was a bit further from Hershey than previous years (about 25 minutes) but worth it for the pool. 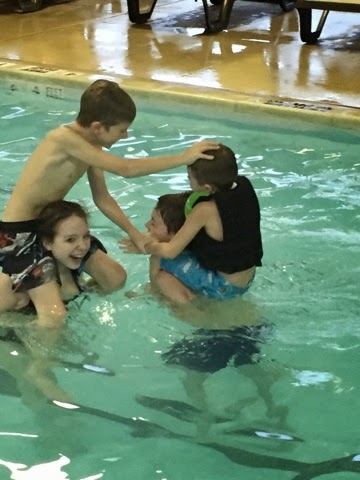 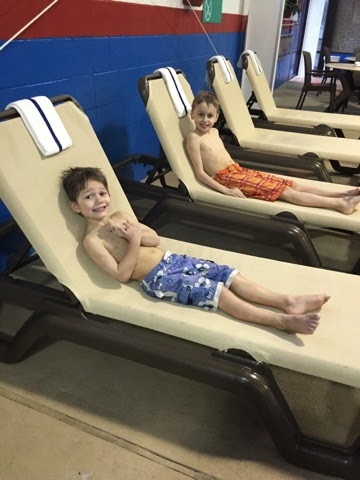 We headed to sleep early and set alarm for 5:00am the next morning.
Posted by Unknown at 5:38 PM No comments: