Half of a half-time to run

As we're waiting in the corrals an announcement is made that due to delay the race will be cut short.  It will now be a 7.1 mile race.  At first I was bummed because I had trained and wanted to get a good time but then again I had been suffering from a chest cold and my feet already were hurting. I went with the mentality everything happens for a reason and rolled with it.  Atleast this time I'd be able to enjoy the after party.
Here is James, Stephen and i waiting to start 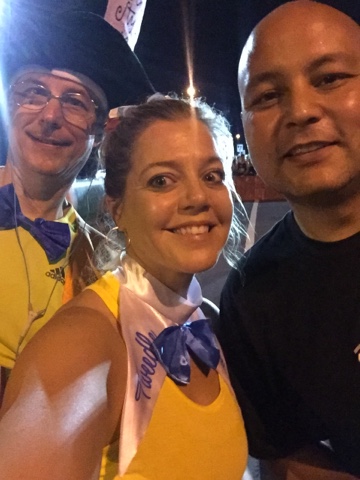 And we finally begin
It was funny to see the mile markers jump from mile 1-8.  No time to switch that up. The new shorter course would mean we wouldn't be running though Animal Kingdom so we left wide world of sports and headed to Hollywood Studios. 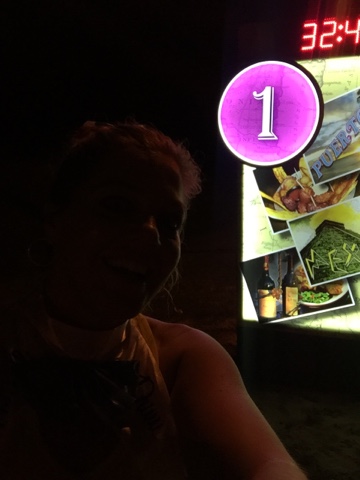 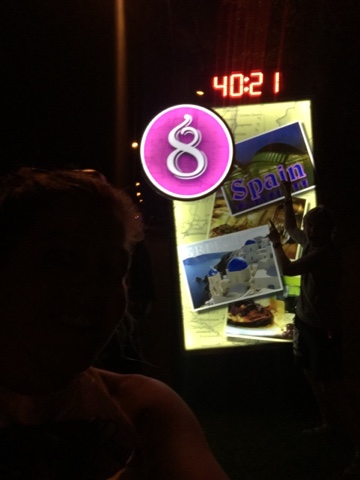 Mile marker pics are awful in night races
So I was worried about my knee but happy I felt really great during the race.  I know I could've done the 13 miles.
Disney runs are great with provided water and power aid frequently which was great with the heat.  I have to say the highlight of the race is running through Hollywood Studios and the Osborne lights.  This is the last year for that 😢
Stopped for a few pics 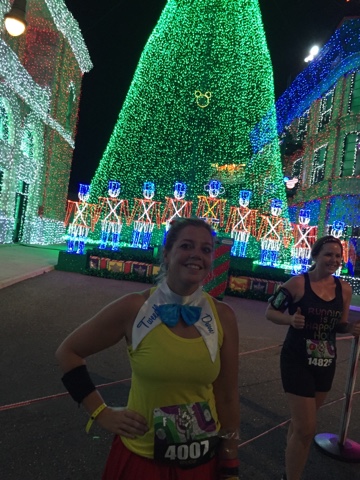 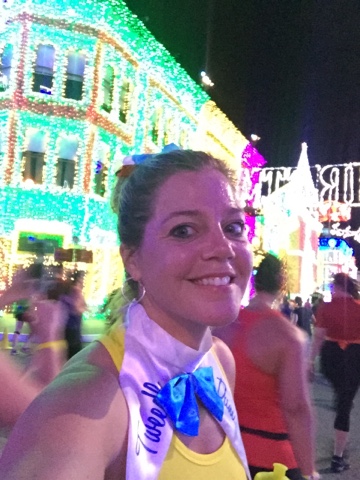 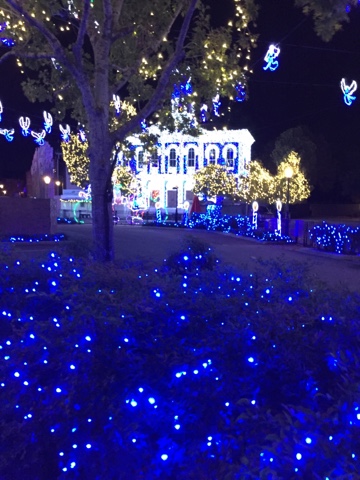 We made our way through boardwalk and Boardwalk and Beach Club toward the finish line.
I have to admit I felt kindof like I cheated. The 7miles went so fast and I felt like it was so quick.  I didn't stop for any characters during race because lines were so long this time and i just wanted to get to afterparty.  It was uneventful of a race but I suppose that's a great thing.
Here's a pic with Minnie and Mickey at the finish line 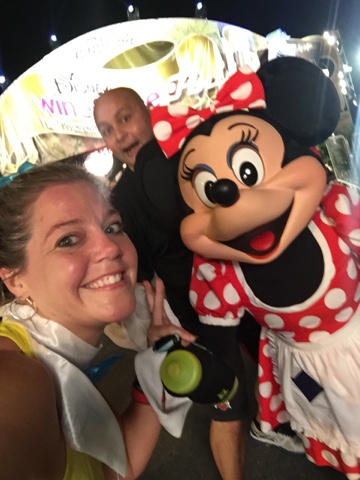 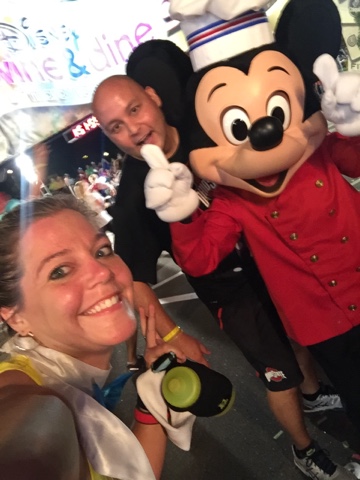 And finally with my newest medal 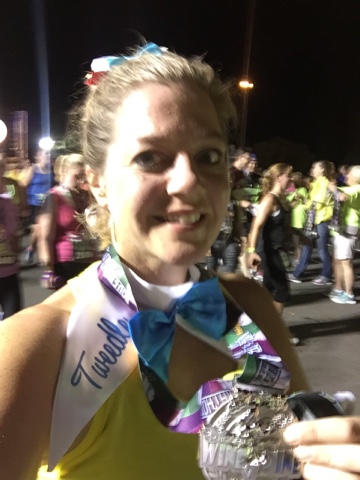